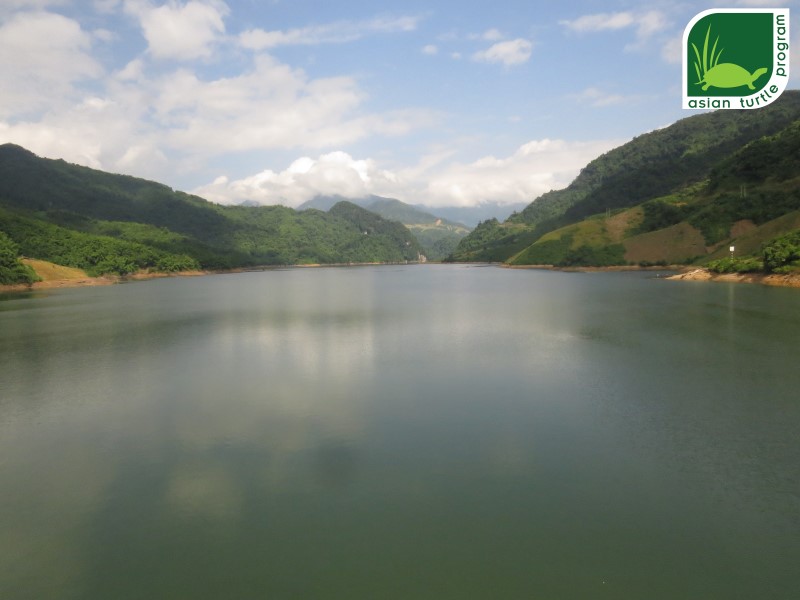 In November 2018, a team from the Asian Turtle Program (ATP) of Indo-Myanmar Conservation (IMC) conducted a second short survey on the upstream area of Da River, Lai Chau province, northern Vietnam in search of new information for the world’s rarest turtle, Swinhoe’s Softshell Turtles (Rafetus swinhoei). In the past some sections of the Da River in the province could have provided good habitat for Rafetus, locals report sightings of large softshell turtles with some hunting reported in the past decade. Some sections of the river had many sand banks which could have provided nesting sites for the species. However, the construction of the Son La hydroelectric dam, which started in 2005 and was completed in 2009, flooded an area of 224km2, including all of the sand banks areas. Since then, sightings have been less often.

Excitingly, shortly after we conducted the surveys in Lai Chau province our team received a number of phone calls from local people reporting the presence of a giant softshell turtle in the Son La reservoir, on the Da River. Six individuals who had not been met during the field survey reported seeing the turtle in a river section in October 2018, the month before the team had visited.

The team has returned to undertake more interviews and also used a sonar FishFinder to investigate the waters, which indicated some sections of the river/reservoir are over 70m deep. We hope to spend more time 2019 on sections of this river. 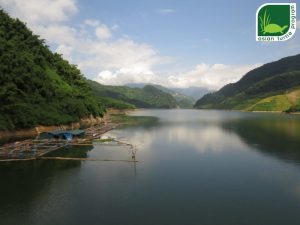 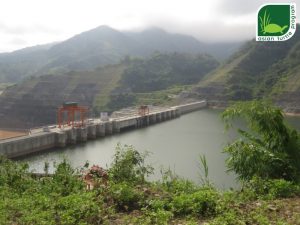 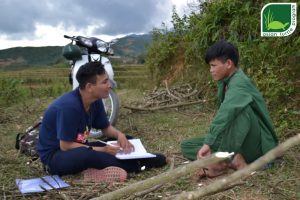 An ATP team member (left) conducting an interview to collect more information on turtles in the area. Photo by: Hoang Van Ha – ATP/IMC 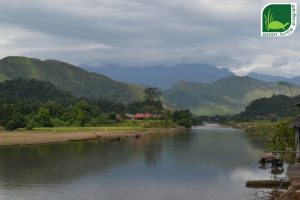 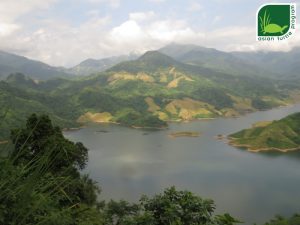 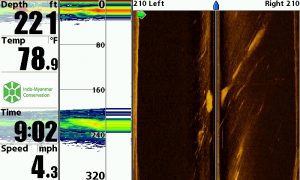 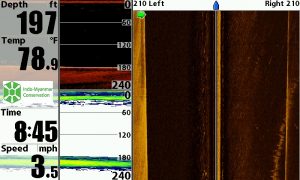 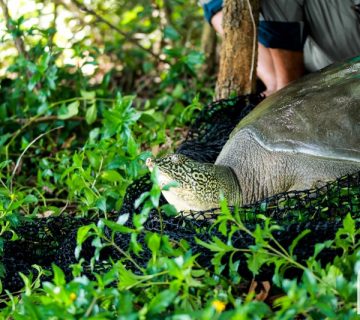 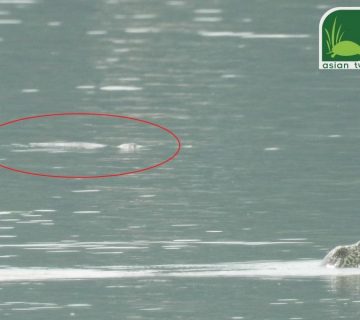 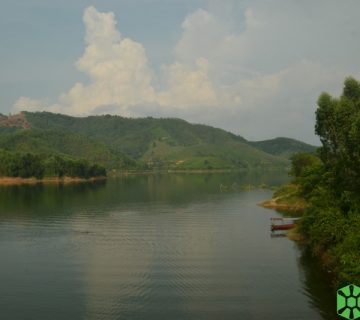